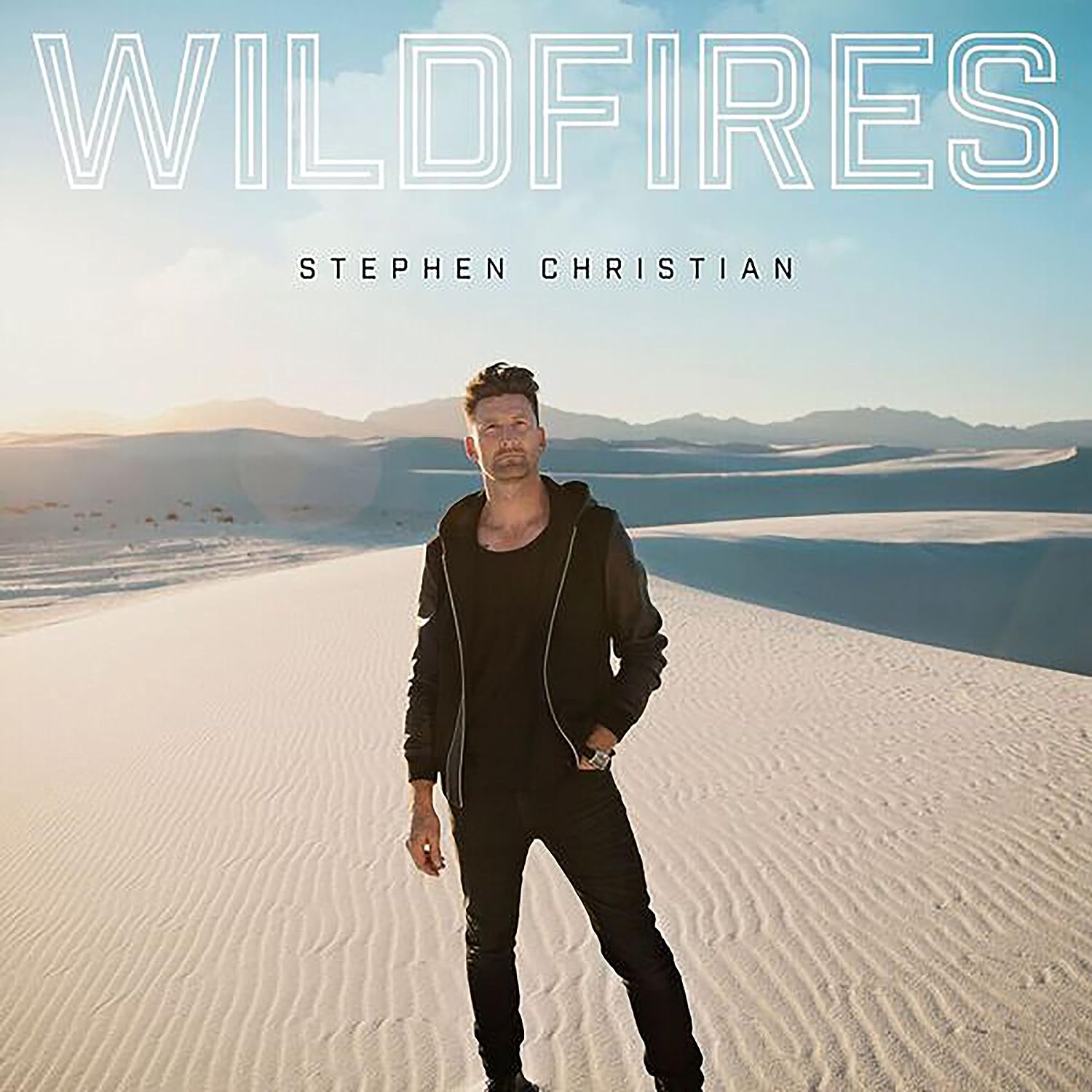 In 2014, the rock band Anberlin announced they d be disbanding. Within two decades they sold over a million copies of their records, claimed a certified Gold single, and boasted multiple Top 20 hits on the Billboard 200 chart. Their extensive farewell tour offered one last show to fans across the world; from the US to Singapore, to Australia and the UK, Anberlin played from the 12-year old catalogue that immortalized them.
Each member had a new adventure to pursue, and for the band s lead singer Stephen Christian, it was finally being home with his wife and children. I d cultivated an image in my head of what life would be like after Anberlin. I would be home with my family and we d grow roots in Nashville, recounts Christian. He set up three different jobs he could do from his house, and settled into his new life.
Within two months all three jobs dissolved.
I d put all my stock in these three positions, and the stability that was my light at the end of the tunnel crashed down on me. I did what was right, and the universe still collapsed, he explains. I felt betrayed by life. All that was left was a songwriting contract, so Christian started writing songs for other artists. He soon realized he was writing for himself. The songs were so obviously written out of my pain, my past, and the time I spent wrestling with God, he describes. They were way too personal to give away.
Enter Wildfires, his new worship record out this July. The record is a powerfully personal conversation with Christ, with songs that speak into uncertainty, peace, and obedience. The debut single Gloria was written shortly after Christian s jobs fell through, and the lyrics, Tell me / Who else would we call on in times of trouble? / Who else could we give our adoration? frequented his mind as he reminded himself God was in control. I kept waking up in the middle of the night with aching, clenched fists, remembers Christian. The stress of of providing for my family was taking an emotional and physical toll on me. I had a moment where I felt God ask, Does your daughter worry about her food, or her clothing, or the roof over her head? In this song, I m looking to Jesus and not the waves crashing around me.
God would end up not only quelling those raging seas, but drying them up all together. Calvary Chapel called and asked me to lead worship at their church in Albuquerque. The desert! I immediately said no. I d always told people including myself that I m an entertainer, not a pastor. You know how that works though, I didn t want to do it and now we live in New Mexico and I ve been on staff for about two years, laughs Christian.
The song All I Need To Know with lyrics, I look to you alone / Even though I m scared / You are always there / That s all I need to know, project the posture he had as he and his wife decided to move their family from Tennessee to New Mexico. When God calls He fulfills, explains Christian. Life is like a puzzle, where God hands pieces to you one at a time and you don't know where they ll fit. You flip things and try and piece it together yourself, and sometimes you don t see the full picture until years down the road. Now I look back and I see the pieces slowly forming for this roll as a pastor. I was in Anberlin to be a pastor. God built my platform so I could be a pastor. My education was so I d be equipped as a pastor.
He named the album Wildfires with hope hope that the songs will help ignite people to come to Christ and pursue God s gift of salvation. I hope this record blesses people and helps bring them closer to Christ like each song did for me. God s been orchestrating my whole life so I could get here and rise up the next generation.
What a perfect plan.

Keva, a newly founded Nepali pharmaceutical company, is directed to its aim of developing, manufacturing, and marketing branded medicines aiming to cater to the growing needs of the Local and Global Pharmaceutical Industry. Keva is rigorously working to help people live a healthy life by promoting ethical marketing.

Leading the Way to Greatness

Keva Pharmaceutical Pvt. Ltd was founded in 2017 by highly experienced & motivated professionals with diverse backgrounds. Our experienced and talented KEVA team brings with them an impressive track record in the finance, research & development and commercialization of clinically important, breakthrough therapeutics. Together they are fostering a unique culture driven by the highest standards of scientific rigor, entrepreneurial vision, and compassion for the patients whose lives we touch. Each of the board members is actively involved in advising, educating/consulting KEVA team members working in both technical & non-technical departments.

Baclofen is a GABA agonist used as a skeletal muscle relaxant & anti-spastic agent.

Depression is a common & highly prevalent mood disorder that is characterized by persistent low mood, diminished interest, and loss…

CHOICE OF DRINKS IN DIABETES

We hear many times that Diabetes patient should be aware of everything they eat or drink. Therefore, a brief knowledge…